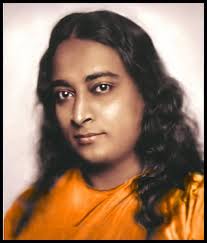 Paramhansa Yogananda, know in childhood as Mukunda Ghosh, was born in Gorakhpur in 1893 and was the first yoga master of India to take up permanent residence in the West.

As a child he was an adventurous, spirited young man. His family was of an upper caste in India and as an adolescent he had full and clear recollection of events and conversations of his childhood, particularly those that reveal the supernatural and at times awesome experiences he had as a budding enlightened being.

At seventeen, Yogananda became a monk and was initiated by his guru into the “Giri” or mountain branch of the Shankaracharya order, one of India’s largest and most respected yogic lineages. As his spiritual life developed, Yogananda experienced more and more unusual events that today would be classified as paranormal – clairvoyance, levitation, remote viewing, manifestation, remote hearing, astral projections to name a few.

Move to the west

Yogananda arrived in America in 1920, and proceeded to travel throughout the United States on what he called his “spiritual campaigns.” Hundreds of thousands filled the largest halls in major American cities to see the yoga master from India.

Yogananda’s initial impact on the western culture was truly impressive but his lasting spiritual legacy has been even greater. His autobiography was first published in 1946, twenty-six years after he was instructed by his Guru to leave India and go to America to spread the teachings of Kriya Yoga. There he lectured widely, wrote books on yoga, and started the Self-Realization Fellowship, an organization dedicated to teaching the art of Kriya yoga to Westerners.

Yogananda’s message was nonsectarian and universal. Before embarking on his mission to the West, he received this admonition from his teacher:

“The West is high in material attainments, but lacking in spiritual understanding. It is God’s will that you play a role in teaching mankind the value of balancing the material with an inner, spiritual life.”

His main teaching: The Path of Self-Realization

“Self-Realization is the knowing in all parts of body, mind, and soul that you are now in possession of the kingdom of God; that you do not have to pray that it come to you; that God’s omnipresence is your omnipresence; and that all that you need to do is improve your knowing.”

As the means of attaining this exalted spiritual state Yogananda initiated his followers into the ancient technique of Kriya Yoga, which he called the “jet-airplane route to God.” The path of Kriya Yoga, which combines the practice of advanced yogic techniques with spirituality in daily life, can be learned through the Ananda Kriya Sangha.

Yogananda continued to lecture and write up to his passing in 1952.

Yogananda’s writings document his early life in Calcutta, his college days, his efforts to visit the Himalayas to find a teacher, his meetings with various saints, his finding a guru at age seventeen.

Yoganandas publications helped launch a spiritual revolution in the West. His book “Autobiography of a Yogi” , translated into more than a dozen languages, remains a best-selling spiritual classic to this day.

The Self-Realization Fellowship / Yogoda Satsanga Society of India is a worldwide spiritual organization founded by Paramahansa Yogananda in 1920 and based in Mount Washington in Los Angeles, California. The fellowship’s mission is to foster a spirit of greater understanding and goodwill among the diverse people and nations of the global family and help those of all cultures and creeds to realize and express more fully in their lives the beauty, nobility, and divinity of the human spirit, which mission it intends to fulfil through worldwide service.