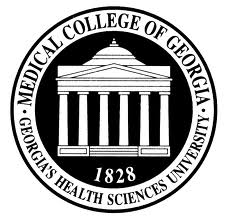 Meditation may be one way to keep the heart healthy, say researchers who have discovered how it keeps blood pressure low. And for people whose hearts are already suffering from disease, the way to prevent further complications is to remain optimistic. The studies support evidence suggesting that stressed people and those prone to mood swings are at greater risk of heart disease.

Scientists at the Medical College of Georgia discovered why people who practice meditation daily had significantly lower blood pressure than those who did not.  The practice keeps blood vessels open, thus lowering the pressure – and high blood pressure is a major risk factor for heart disease.

Dr Vernon Barnes, who led the study, said: “For years we’ve known that long-term practitioners of transcendental meditation generally have lower blood pressure than others the same age.”We are now beginning to understand the underlying mechanisms responsible for the beneficial influence of  meditation on risk factors for heart disease.”

Practitioners of the technique say that meditation differs from other types because it does not involve concentration. They say it comes naturally like breathing. The researchers compared 18 people who had practiced transcendental meditation daily over a period of years – who all already had very low blood pressure – with 14 “very healthy” middle-aged adults who did not meditate. All were given two tests. The subjects’ heart rate and blood pressure were measured first as they rested with their eyes open, and then with their eyes shut.

For the eyes shut test, the meditators were told to meditate and the others were told to relax “as completely as possible”. During this session, the meditation group showed a decrease in blood pressure and less constriction of the blood vessels while the others showed increases. “The contrast between the two groups might have been greater if the meditation participants had been studied in their home environment,” Dr Barnes said.

“Some participants reported their meditation was disturbed by the inflation of the blood pressure cuff every five minutes and by the fact that they were not allowed to sit in a cross-legged position as they were accustomed to doing during meditation at home.” The findings were published in the journal Psychosomatic Medicine on Monday.

Other research published in the journal found that an optimistic response to heart disease could help patients avoid an attack. It found that following surgery to deal with the condition, those patients who were most upbeat about their chances of survival were the least likely to suffer further heart problems. Patients’ attitudes were measured on a scale of “cognitive adaptation”, which indexed their ability to adopt a positive outlook.

The researchers said they did not know why this should be, but they suggested it could be that those with higher cognitive adaptation skills took better care of themselves generally. Alternatively, they said, the psychological wellbeing could have some undefined effect on the physical processes that operate in heart disease.