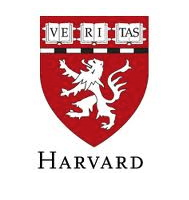 Regular meditation has been touted as a stress reducer for years, but a recent study says practitioners benefit from a brain boost as well. CNN anchor Fredericka Whitfield spoke with Sara Lazar, a research scientist at Massachusetts General Hospital and an instructor at Harvard Medical School, about the study and meditation’s apparent benefits.

WHITFIELD: Explain to me why, based on your study, have you learned that meditation really has a calming effect and perhaps even may boost brain power?

LAZAR: What we found was that people who have been practicing Buddhist insight meditation have a thicker cortex in some parts of their brain than people who don’t meditate.

WHITFIELD: Let’s talk about the methods of meditation because, you know, it seems as though there are lots of different definitions of what constitutes real meditation. Based on your study, how long do you need to meditate and what are the methods of doing it?

LAZAR: Well, these people in particular practice something called insight meditation, which is a form of meditation where you just watch your breath. As you inhale and exhale, you just watch the sensations associated with it. They practice, on average, about 40 minutes a day. We have people with as little as one year of experience and as many as 30 years of experience. […]

And what we saw is that the thickness was correlated with the amount of practice they had, so even people with a just few years of practice had a bigger cortex.

WHITFIELD: So even with this wide-range conclusion from your study, it doesn’t necessarily mean that this has to be a practice of your lifetime. You can pick it up later on in life.

WHITFIELD: And still, perhaps, enjoy some of the very same benefits as a lifelong [practitioner]?

LAZAR: Definitely, yes. We need to do the studies to test that conclusively, but it does suggest that every hour counts, and that, you know, everything counts.

WHITFIELD: What are some of the other benefits that you learned from those conducting the study? Getting involved with yoga, while it may boost brain power, what did it do to people’s stress level?

LAZAR: Well, unfortunately, we didn’t test that in this particular study though there have been other studies which have shown that meditation can decrease stress. It can also decrease anxiety and depression and it has beneficial effects for a variety of other illnesses.

WHITFIELD: Now that you have this conclusion to your study, how do you try to convey this to the general populace that this is something that everyone needs to either learn how to practice or improve, if they are already practicing?

LAZAR: Well, I don’t know that you can improve. I mean, I think just doing it and having a practice that you enjoy doing is the important thing. I would say the most important thing is to just find a practice you enjoy. So if you try one and you don’t like it, try something else.

WHITFIELD: Well, you know, it’s interesting you come out with this study when just this past weekend, the Dalai Lama was here in the United States in Washington during a neuroscience convention and not everyone liked the notion of meditation and science coming together. In fact, there were a number of neuroscientists who signed petitions saying they didn’t want him to speak about this.

Why is it that some are willing to embrace meditation as a true form of science with real medicinal benefits while others are not?

LAZAR: Well, some of the science has been not quite as rigorous as it should be. So I think that has hampered some of the efforts of people who are doing good science. Also, I think there was some political motivation behind some of those people who signed it concerning the Dalai Lama being the leader of Tibet. Also, you know, I think some people just like controversy.

WHITFIELD: All right. So your best recommendation, Sara Lazar, your meditation can just be simply a moment of silence, or does it have to be attached with an Om?