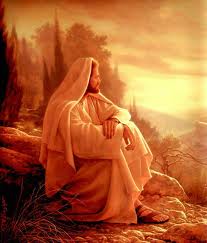 Jesus was born in 2-6 BCE in Bethlehem, Judea. Little is known about his life, but he is the central figure of Christianity and whom most Christian denominations worship as God the Son incarnated.

Most of Jesus’ life is told through the four Gospels of the New Testament Bible, known as the Canonical gospels – more a theological document with allegorical intent than a biography – written by Matthew, Mark, Luke and John. They are written to engender faith in Jesus as the Messiah and the incarnation of God, who came to teach, suffer and die for people’s sins.

There is very little written about Jesus’ early life. The Gospel of Luke recounts that a 12-year-old Jesus had accompanied his parents on a pilgrimage to Jerusalem and became separated. He was found several days later in a temple, discussing affairs with some of Jerusalem’s elders.

Throughout the New Testament, there are trace references of Jesus working as a carpenter while a young adult. It is believed that he began his ministry at age 30 when he was baptized by John the Baptist, who upon seeing Jesus, declared him the Son of God.

One of Jesus’ most famous and difficult teachings is to love not just our friends and family, but also our enemies. Jesus explained that there is nothing special or extraordinary in loving those who love us back – even wicked people do as much. He said, “But love your enemies, do good to them, and lend to them without expecting to get anything back.”

Jesus taught that people must forgive those who have wronged them and that it is not enough to forgive only once – we must forgive every time we are wronged. Jesus said, “If your brother sins, rebuke him, and if he repents, forgive him. If he sins against you seven times in a day, and seven times comes back to you and says, ‘I repent,’ forgive him.”

Jesus taught to be faithful and generous in our giving to others who are in need. He never said that it was a sin to be wealthy, but he did teach that having wealth would make it very difficulty for people to lead a spiritual life since the wealthy may become too attached to their possessions.

The point of this teaching is that people must not become too focused on what they have in this world. We are here for a but a short time, so we must remain focused on things that are important – loving and serving.

Whatever one thinks about the historicity of the events described in the Gospels, and there are many different views, one thing is not in doubt: Jesus had an overwhelming impact on those around him. The Gospels speak regularly of huge crowds following Jesus. Perhaps they gathered because of his reputation as a healer.

Perhaps they gathered because of his ability as a teacher. Whatever the cause, it seems likely that the authorities’ fear of the crowd was a major factor leading to Jesus’ crucifixion. In a world where there was no democracy, mobs represented a far greater threat to the Romans’ rule than anything else.

Yet in spite of Jesus’ popularity during his lifetime, the early Christian movement after Jesus’ death was only a small group with a tiny power base in Jerusalem, a handful of Jesus’ closest followers who stayed loyal to Jesus’ legacy because they were convinced that Jesus was the Messiah, that he had died for everyone’s sins, and that he was raised from the dead. It was a movement that received its greatest boost when the most unlikely figure joined it, the apostle Paul.

Famously converted on the road to Damascus, Paul travelled tens of thousands of miles around the Mediterranean spreading the word of Jesus and it was Paul who came up with the doctrine that would turn Christianity from a small sect of Judaism into a worldwide faith that was open to all.