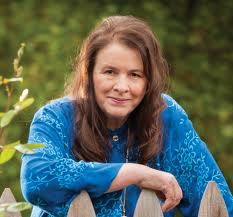 Jean Houston is an American scholar, lecturer, author and philosopher active in the “human potentials movement”. She has been an advisor to political leaders and to UNICEF and, since 2003, has worked with The United Nations Development Group training leaders in the new field of Social Artistry. A powerful and dynamic speaker, she holds conferences and seminars with social leaders, educational institutions and business organizations worldwide. She is the author of 26 books and has also been the recipient of honorary doctorates.

Houston was born May 10, 1937, in New York City, to a woman of Sicilian American descent, and to Jack Houston, an American comedy writer who developed material for stage, television and the movies. His work required him to move frequently, and the young Houston experienced life in many places. After the breakup of her parents’ marriage, she spent her teen years in New York City.

When Jean was 13, she literally ran into an old man on Park Avenue in New York City on her way to school. After this mishap, they became friends, and she enjoyed listening to him on various occasions. At a much later time, she learned that she had been talking with Pierre Teilhard de Chardin, French philosopher and paleontologist known for his theory that man is evolving, mentally and socially, toward a final spiritual unity.

While earning her Bachelors of Arts in psychology from Barnard College, Houston became involved in acting and combined her efforts to earn an academic degree with a stage career, spending most of her spare time in theaters and enjoying a measure of success as an actor.

When the time came to make a decision for a life path, however, Houston found herself choosing to further her studies into the human mind. She subsequently earned a Ph.D. in psychology from Union Graduate and a Ph.D. in Religion from the Graduate Theological Foundation.

Houston lectured in Psychology and Philosophy at a number of universities in the United States. During this period, Houston began an association with the anthropologist Margaret Mead. Through Margaret Mead, Houston began to work in cultures around the world and expanded her knowledge of societies and cultural ethos. Another strong influence on Houston’s work came from her association with mythologist Joseph Campbell, working closely with Campbell on his television series. This work increased her understanding of and appreciation for the role of mythology and storytelling on societies. She had first become impressed by Campbell and his work as a young girl, when she read Campbell’s groundbreaking work on world mythologies, “The Hero with a Thousand Faces.”

Houston’s early work in LSD research led her to a deeper awareness of the potentials of the human mind. She became a regular lecturer on college campuses, encouraging students to seek their potential without the use of drugs.

Houston became acquainted with Robert Masters, a writer and a researcher into the varieties of human behavior and potentials. The two married in 1965 and soon became known for their work in the Human Potential Movement. They are considered to be among the movement’s principal founders. Together they established The Foundation for Mind Research.

Further research into the human mind and capacities led to associations with many high achieving people as she and Masters sought a better understanding of characteristics that led to greatness. Among many others, she worked closely with Carl Jung, Buckminster Fuller, and Aldous Huxley.

During the years of NASA moon landings, she worked with returning astronauts to help them uncover details of what they saw in space.

The Human Potential Movement (HPM) came to existence in the 1960s and formed around the concept of cultivating extraordinary potential which resides largely untapped in all people. Through the development of “human potential”, humans can experience an exceptional quality of life filled with happiness, creativity, and fulfillment.

Those who begin to unleash this potential often find themselves directing their actions within society towards assisting others to release their potential. The net effect of individuals cultivating their potential will bring about positive social change at large.

In 1984, Houston founded the Mystery School, a school of human development, a program of cross-cultural, mythic and spiritual studies, dedicated to teaching history, philosophy, the New Physics, psychology, anthropology, myth and the many dimensions of human potential. As chief teacher, she began teaching a seminar based on the concept of the ancient Mystery Schools, specialized trainings available to seekers of knowledge and the advancement of spirituality.

In Houston’s modern day version, seekers experience teachings on many levels and participate in experiential processes designed with the authority of the years of Houston’s research and expertise into human potentials. She has conducted the Mystery School on both the east and west coasts for more than two decades.

By the 1990s, Houston was well known for her work as a writer, lecturer, and human potentials researcher. During the Clinton presidential years, Houston was invited by Hillary Clinton to work with her in The White House as an advisor while Ms. Clinton was writing her own book, “It Takes a Village”.

Drawing on methods she had developed to help people access wells of their own knowledge, Houston suggested an imaginary meeting between Clinton and former first lady Eleanor Roosevelt, one of the historical figures Ms. Clinton admired. This visualization was aimed at tapping into Clinton’s own inner wisdom.

She has also worked with President and Mrs. Carter and counseled leaders in similar positions in many countries and cultures.

More recently, she has also founded the International Institute for Social Artistry. She is currently working with the United Nations Development Programme in the new field of social artistry, training U.N. staff and leaders in certain developing countries to implement some of their extensive educational and health programs.

Jean Houston has worked intensively in 40 cultures and 100 countries helping to enhance and deepen their own uniqueness while they become part of the global community. Her ability to inspire and invigorate people enables her to readily convey her vision – the finest possible achievement of the individual potential.

“In our time we have come to the stage where the real work of humanity begins. It is the time where we partner Creation in the creation of ourselves, in the restoration of the biosphere, the regenesis of society and in the assuming of a new type of culture; the culture of Kindness. Herein, we live daily life reconnected and recharged by the Source, so as to become liberated and engaged in the world and in our tasks.” – Dr. Jean Houston